Hello! As if an Apocalypse Challenge, Drifter Challenge, AND 100 baby challenge wasn’t enough, I’ve started a new Challenge! An I’m Surrounded by Idiots challenge legacy! AND if that wasn’t enough, It’s an Alphabetcy ISBI challenge! Let’s pray to the Sim God people, this is going to be a Wilde ride! (pun definitely intended) Let’s go! This is our lovely founder, Wesley Wilde! His traits are creative, active, and geek. And his aspiration is renaissance sim. I’ve never done this aspiration before, so this should be fun! I started him out in the painter career since we’ve just started and we need to earn all the money we can!

This is our lovely starter home! So we’ve moved into Windenburg for now. We’ll see if we stay here the whole time or if we expand for more room. You’ll have to stay tuned to find out! 😉 I did expand the living room/kitchen area so there’s more room for stuff when we can afford it.

After that house expansion, we were left with $4 to our name, so we headed out for some spousal hunting! So we’re off to the library! Maybe we’ll get some work done on our aspiration! This is our first spouse candidate, Shiew Dickerson. I’ve not ever heard that name before, it’s really interesting. Well, she’s the librarian in Windenburg AND she’s single! Ding Ding Ding! We’ve got a winner!

They seem to be hitting it off really well! Thank goodness. She’s the only young adult female at the library. And since I’m too lazy to keep looking right now, we’re focusing our interactions on her.

And as if she wasn’t already the perfect candidate, she’s neat! I absolutely need her in my family if she’s got that trait!

Her work shift was over, so she left. But we made really good progress in the relationship!

So since Shiew left us, we decided it was time to work on his aspiration. So we’re playing chess with Wolfgang Munch. Fun times!

Someone, I won’t mention any names *cough* Wesley *cough*, was hungry, so we had to go home. At least we made it to level 2 of the logic skill before we left.

Hey look guys! I discovered that our neighborhood has a community easel! (Lies, I totally knew this was here. One of the main reason for moving here) So we get to use this until we can afford our own! Side note: Windenburg is gorgeous. Off to work! Wesley throws a sexy face at the camera for our readers. He can do that more often since it seems to help him get promotions!

So with his bonus money, we bought our own easel (gotta make that money!) and a bookshelf (for aspiration reasons, obviously).

It’s been almost two whole sim days since we’ve seen Shiew so we invited her over to the house!

Oh whoops! That was totally expected. What can I say? I love red hair. And she’s neat! So Wesley asked her to be his girlfriend and she said yes! And then she promptly left. How rude of her. But she’s pretty, so I don’t mind.

After some painting and a work shift, we were able to afford a chess table! Woohoo! More aspiration stuffs! Oh my gosh guys…Wesley paints this, what is it? A llama? Well what ever it is, he paints it ALL THE TIME! It makes money though, so… yeah.

I think that Wesley’s a closet neat freak or something…he always cleans up behind himself. He puts his books away and cleans his dirty dishes. You’re winning this simming thing, Wesley!

Look! Shiew invited us to a party! And of course we said yes! 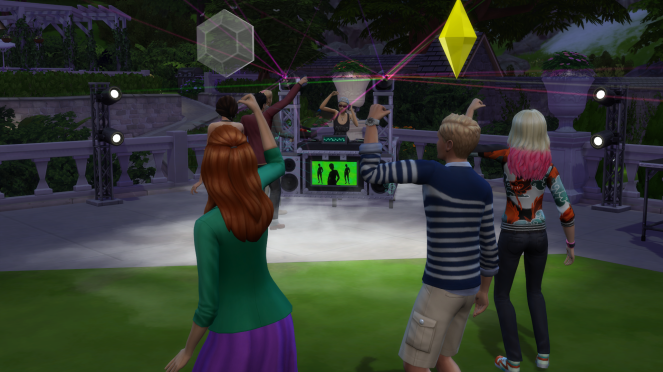 Dance party! I haven’t really been to many of these since I got GT, so this was fun for me. 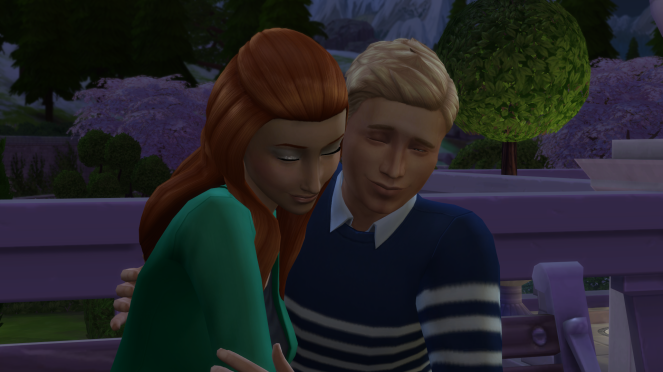 These two are seriously so cute! Wesley and Shiew forever! 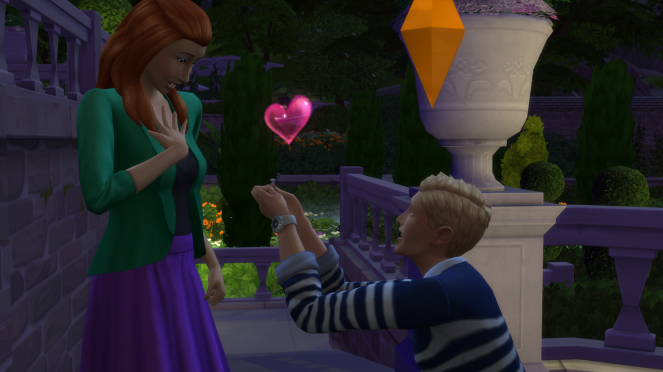 The mood was set and the timing was perfect, so we got down on one knee and popped the big question!

She said yes! There’s a wedding coming! What a perfect ending to a perfect night! Both of them were falling asleep by the end of the party so I had them say their goodbyes. After a quick nap, it was too late to invite Shiew over, so we had to wait until morning. And then she had to work. And then Wesley had to work. So by the time we could invite her over again, it was the next night.

We eloped immediately and welcomed Shiew into the Wilde family!

And then we gave her a Wilde makeover! A new hairdo and outfit and she’s ready for autonomous living!

That’s it for now! Join us next time where we will hopefully get generation A on the way! Toodles!